Kahlia McClymont Was up at Maroochydore this morning, not much to say on the drills part as I was mostly looking out for particular players.
One thing I noticed is how trimmed down alot of the boys are now. Gov almost looks half the size that he was last year. Crippa has slimmed down too, still stands in tackles though.

Charlie Curnow is nowhere near ready, not a lot of bending going on in the knee but good to see him out there. Also very excited to see Willow and Doc back, I cringed everytime Docherty moved laterally, but he looks like he might be our best new recruit (wink wink) looks confident and has no strapping. Reckons he will play round 1.

Marc Pittonett is a very lovely guy, hung around afterwards to make sure he saw everyone.

Can confirm Eddie Betts is back in the big shorts. He says they’re gangsta (yes he actually said that) very happy and has slotted back into the playing group really well. Almost like he never left.

Russell was happy for a chat, said the group dynamic is very good.

Harry and Gov spent most of the morning working with Rocco on goal kicking and away from the rest of the playing group.

Walshy took a hard knock to the head from TDK’s knee. Only saw glimpses of him before then but didn’t return afterwards. Had a nasty cut on his head.

Owies actually looks quite impressive as a rookie, don’t think he will get a game this year but he has a decent kick on him.

Cunners and Kemp did one on ones on another ground, not much to say on that part. Didn’t spend to much time in the main drills.

Overall the wind was a bit bitey, I’m happy with how the team is looking body wise. Pretty much everybody on the team does laps. Good to see the likes of Doc, Willow and Marchy training and back in with the group.

Gavin Whelan Yep I was there. I live about 1km from the footy oval
Compared to last years camp the training seemed a lot more physical, Walshy went off with a knock on the calf and Ed Curnow copped a head knock, pretty sure both pulled up ok.
They had 2 main groups switching between 4 or 5 different skill stations practicing set plays and general ball skills.
There was also a rehab group with samo, kruz, Charlie, and I think McGovern.
Doc looked in surpreme shape, he was the stand out for me and I thought Gibbo looked in good shape, he turned Eddie inside in a couple of the drills.
Levi looked magnificent and was doing a heap of goal kicking practice.
Overall the group looked really fit and it was great to see more skills based/set play training rather then fitness and endurance (running laps) like last year.

It’s pissing rain up here the next few days, so if I get rained off work I might go have another peak and see if I can catch another session. 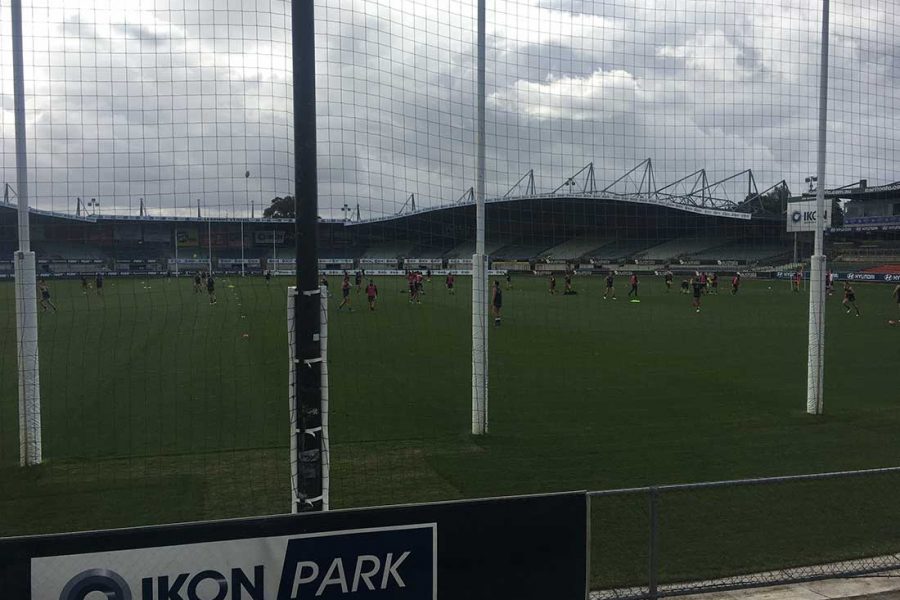